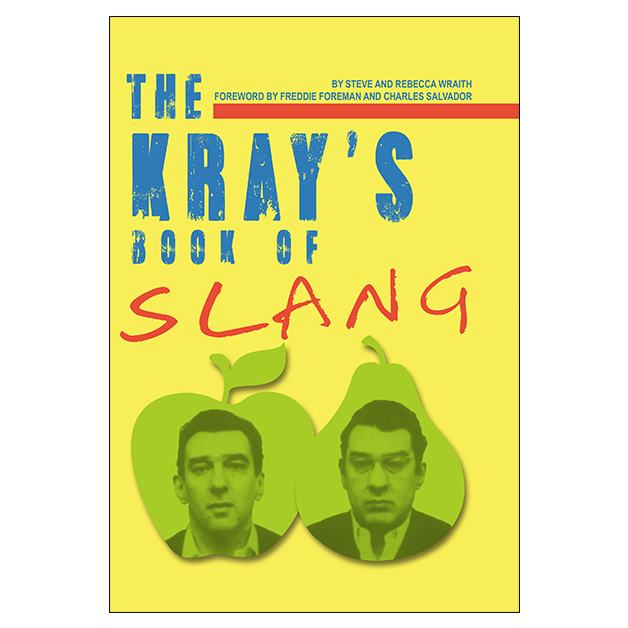 The Kray’s Book Of Slang – Unsigned

Posted By: thekraysPosted date: August 27, 2019in: No Comments

In 1989 Reggie Kray released ‘Book Of Slang’ to an unsuspecting public.
The book which introduced the world to cockney rhyming slang contained a foreword from his close friend Patsy Manning and some previously unpublished poetry and photographs of Reggie Kray and his twin brother Ronnie, who had ruled the East End criminal fraternity for the best part of the 1960’s before their arrest in 1968.

This book, released 30 years later by Steve and Rebecca Wraith introduces new ‘slang’ to the reader and contains over 40 previously unseen photographs of the ‘Kray’ family and associates and previously rare poetry by Reg and Ron Kray and Steve Wraith.

Only 300 copies of this book have been printed and this title is unsigned.
Signed copies are available elsewhere on this site, hand signed (by sticker) by Charles Salvador and the authors.