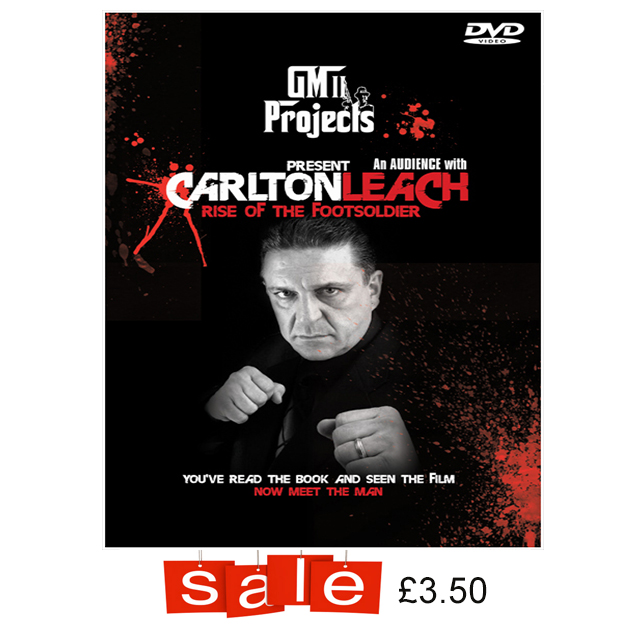 An Evening With Carlton Leach – DVD

Posted By: thekraysPosted date: December 08, 2014in: No Comments

Carlton Leach was once one of Britain’s most-feared gang bosses.
But after his friend, Tony Tucker, was executed in the infamous Range Rover murders at Rettendon, Essex, Carlton’s life turned a corner.

Carlton’s descent into the gangland began as a football hooligan fighting on the terraces.
He became a member of the Inter City Firm — a gang of hooligans who followed East London football club West Ham United.
As a known fighter, Carlton was soon offered a job as a doorman in the tough clubs of East London.
Carlton and other bouncers provided security at events and acted as minders to those dealing drugs.

Eventually, Carlton and his team, known as the Essex Boys, were policing the drug scene but Carlton turned his life around after losing his close friend Tony Tucker in the infamous Range Rover murders at Rettendon, Essex.

Hear Carlton talk about his life that spurned The Rise Of The Footsoldier movie.